The galaxy awaits — are you brave enough to journey into it?

The footage reveal came as part of the Jedi: Fallen Order panel on Saturday, April 13, when the studios also announced a release date for and several details about the game.

We’ll get the biggest news out of the way first: Star Wars Jedi: Fallen Order will be available for purchase for PC, PlayStation 4, and Xbox One on November 15.

Now, on to story and gameplay information.

Set in the time after Star Wars: Episode III — Revenge of the Sith, Jedi: Fallen Order centers on a Jedi Padawan named Cal Kestis, played by Gotham and Shameless actor Cameron Monaghan. Cal survived Order 66, which saw the Emperor demand the Jedi Order be hunted down and killed, and is currently evading Empire forces while working on the planet Braka as a salvager. Like a lot of main characters in Star Wars franchise properties, Cal has a droid companion (a little robot known as BD-1) and a mentor (in the form of an ex-Jedi Knight, played by Debra Wilson). It’ll be good to have them on his side when the Inquisitors — namely the leader of the pack, the Second Sister — learn of Cal’s whereabouts and begin tracking him down.

Per EA and Respawn’s official description of Jedi: Fallen Order, players will develop their Force abilities and lightsaber techniques, „explore the ancient mysteries of a long-lost civilization,“ and attempt to stay „one step ahead of the Empire and its deadly Inquisitors.“

Combining melee action, platforming, and puzzle-play, Jedi: Fallen Order features a relatively easy-to-learn combat system that the game studios have called „thoughtful.“ The system will also require of players to utilize the skills they pick up in order to come out on top of each battle.

Also featured in Jedi: Fallen Order are Stormtrooper variants called Purge Troopers, which have been seen in Star Wars comics in the past. Expect to explore new planets and meet new characters as well.

Prior to the game’s panel at Star Wars Celebration, EA and Respawn announced that there will be no loot boxes and no microtransactions (small-value transactions that take place within games) featured in Jedi: Fallen Order. Respawn Entertainment CEO Vince Zampella confirmed this during the presentation, also reiterating that Jedi: Fallen Order is a single-player-only title — no multiplayer modes available.

„No multiplayer, no microtransactions, it’s a story game,“ Zampella said at Star Wars Celebration (via IGN).

With the Star Wars film franchise taking a „bit of a hiatus“ following the December 20 launch of Star Wars: The Rise of Skywalker, the ninth and final entry into the sprawling Skywalker Saga that began with A New Hope in 1977, Star Wars Jedi: Fallen Order will help fill the gaps and satiate fans hungering for Star Wars content that isn’t a movie (or two) per year. 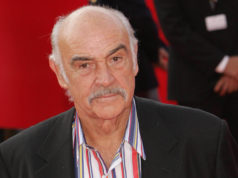 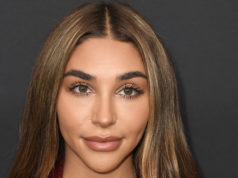 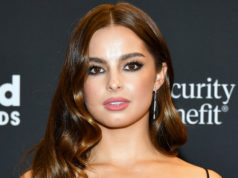