The Russo Brothers have struck again.

The filmmaking pair have previously admitted to including scenes in the trailers of their Marvel films that are misleading or downright absent from the finished product, and it turns out Avengers: Endgame was no different. The flick’s promo spots contained a wealth of shots that didn’t make the final cut, many of which were obviously specifically engineered to keep us guessing. Let’s break them down, and be advised that spoilers for Avengers: Endgame follow.

First, consider the shot of Thor glancing meaningfully at Stormbreaker above. This is quite obviously a massive red herring; not only did the shot appear nowhere in the film, but Thor looks nothing like this for the majority of Endgame. After the film’s five-year time jump early on, we see that the God of Thunder has been drowning his sorrows in the recently-established New Asgard, trying to wipe away the memory of his failure to stop Thanos by swilling copious amounts of beer and playing Fortnite with Korg and Miek. His hair is long and stringy, and he’s grown paunchy — very paunchy, as he now sports a world-class beer belly. The trailer’s fakeout is almost certainly a shot (or perhaps a slightly different take) from Avengers: Infinity War, most likely meant to make us believe that the Avengers would have to revisit the Battle of Wakanda and give Thor one more shot at going for the head.

Speaking of that time jump, some of the more misleading moments from the trailers seem to be designed to throw us off the scent of that particular plot point. For example, Black Widow is seen with her Infinity War-style blonde locks when Scott Lang arrives at the Avengers compound in the trailer — but in the movie, this takes place after the jump, and Natasha’s hair has gone back to its natural red shade. The shot of Natasha getting down with a little target practice (sporting the same blonde ‘do) was omitted from the film altogether, as was a shot of the Widow sitting outside in the rain in Japan while on the trail of Clint Barton; in that shot, her hair is red, implying that is was thrown in simply to confuse the heck out of us. (It worked.)

Many other scenes from the trailer were not omitted from the film, but actually altered in order to disguise certain reveals, particularly that of Bruce Banner having finally succeeded in coming to terms with his alter-ego, the Hulk. The Green Goliath we see in Endgame is basically Banner’s mind in Hulk’s body, and the distinct lack of monstrous rage all over his face would have clearly illustrated this if he were to have been included in the trailer. As a result, several scenes featuring Banner were cleaned up for the trailers to exclude him from the action — such as Banner and Rocket’s arrival in New Asgard, and the now-iconic sequence in which the Avengers are suited up in their Quantum gear, getting ready to pull off their « Time heist » (the trailer version of which also featured Natasha and Thor looking much as they did in Infinity War, all the better to disguise the fact of the time jump). « Professor Hulk » was also excluded from the well-known (and amazingly awesome) shot of Rocket riding on War Machine’s shoulder. Incidentally, also in the background of that shot in the film was Scott Lang in his Giant-Man mode; that the Russos chose to omit this is a little odd, since we’re all used to the idea of Scott « going big » at this point.

Another seemingly random alteration: the exchange between Tony Stark and Steve Rogers before the pair jump back to 1970 to retrieve the Tesseract and more Pym Particles. While the dialogue exchange in the trailer is the same as the scene in the film, the handshake appears to have simply been added to promo spots for dramatic effect and to let us know that, yes, the two Avengers have finally mended fences. A more significant difference here is Cap’s uniform; while in the trailers it’s the more updated version from Infinity War, in the movie it’s his Avengers-era original outfit. It’s pretty easy to see why this was done — Cap was sporting his old duds in order to blend in during the time-traveling excursion to the Battle of New York, and while most everyone had figured out this plot point (thanks in large part to leaked set photos), the Russos weren’t about to just go ahead and confirm it for everyone in the promo spots.

Many other shots seemingly ended up on the cutting room floor for no reason in particular, except perhaps to shave a few minutes off Endgame‘s mammoth run time. These include Bruce Banner agonizing over the display showing all of the « missing and presumed dusted » heroes, Clint and Natasha sharing a private moment, and a poignant shot of Tony Stark’s face as he uses his trashed Iron Man helmet to record a message to Pepper Potts while adrift in space. One other curious exclusion: Captain Marvel’s helmet, which she was seen wearing in the trailer, but not during her triumphant return during Endgame‘s climactic battle. There’s only one reason we can think of for this: to hide Carol Danvers’ new haircut, which she sports after the time jump. It hardly seems worth the obfuscation to conceal the very, very minor spoiler of the good Captain rocking a look similar to the way she’s been illustrated in the comics for years, but here we are.

Finally, there’s another, much more significant change having to do with another Captain: Steve Rogers, who is seen in both the trailer and the film cinching up the straps on his shield, a look of grim determination on his face, as all hell appears to be breaking loose around him. The spot’s version of the sequence is identical to the one in the movie, save for one crucial detail: Cap’s shield is whole and unbroken. In the film, it’s been busted nearly in half after a severe pummeling by Thanos, making Rogers’ action all the more badass as he prepares to charge the Mad Titan with his trusty weapon shattered beyond repair. Of course, we would expect this: if there’s one thing we know about Captain America, it’s that broken shield or no, he can do this all day.

You’ve gotta hand it to the Russos: they’re dead serious about delivering exciting trailers while preserving some of their biggest secrets, as we saw when the trailers for Infinity War led us to believe that a fully Hulked-out Banner would be present at the Battle of Wakanda, when he in fact was forced to suit up in Stark’s Hulkbuster armor due to the not-so-jolly Green Giant refusing to come out to play. Indeed, we’re going to go ahead and say that their trailer trickery is appreciated, as Endgame‘s spots held back details that we frankly wouldn’t have wanted spoiled for us. When you’re fielding one of the biggest event films in history — if not the biggest — sometimes you’ve got to give the audience what they don’t know they want, like a heaping helping of deception.

Avengers: Endgame is in theaters now. 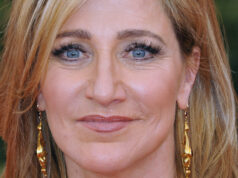 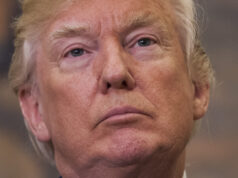 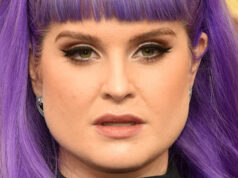