Ryan Murphy is looking to cement his title as King of the Small Screen.

At Tuesday’s Time 100 Summit, the American Horror Story creator revealed that since signing his massive development deal with Netflix last year, he’s had no fewer than ten projects get the greenlight from the streamer — four series, three movies, and three documentaries. (via Variety)

Five of these have previously been announced. The series Murphy is cooking up include Ratched, which will focus on the tough-as-nails nurse from the classic novel and film One Flew Over the Cuckoo’s Nest and will star AHS alum Sarah Paulson; The Politician, an hour-long comedy starring Ben Platt (of the Pitch Perfect series) which is being circled by potential co-stars Barbra Streisand and Gwyneth Paltrow; and Hollywood, a drama which Murphy refers to as „a love letter to the Golden Age of Tinseltown.“ The features he has on tap include two adaptations of Broadway musicals: The Prom, which is set to drop in September 2020, and The Boys in the Band, which will also premiere in 2020 and will star Zachary Quinto (Star Trek Beyond), Jim Parsons (The Big Bang Theory), and Matt Bomer (Doom Patrol). Neither Murphy nor Netflix offered any details on the remaining projects.

It’s hardly a surprise that the prolific producer and creator wasted little time getting to work after signing his great, big, juicy five-year development deal with the streamer in July of 2018. Under his previous deal with Fox TV, he fielded some of the biggest hits that the Fox and FX networks have seen over the last fifteen years, including Nip/Tuck, Glee, Scream Queens, American Crime Story, 9-1-1, and of course AHS, which will premiere its ninth season later this year. His Netflix deal is reported to be in the $250-$300 million dollar range, and its inking constituted a resounding victory for the streamer; Murphy had been courted by Disney CEO Bob Iger to sign a similar deal to provide content for Disney+, but chose to go with the known quantity rather than the „upstart challenger“ being fielded by the biggest tech conglomerate on Earth.

In a statement shortly after the deal was done, Murphy said, „The history of this moment is not lost on me. I am a gay kid from Indiana who moved to Hollywood in 1989 with $55 in savings in my pocket, so the fact that my dreams have crystallized and come true in such a major way is emotional and overwhelming to me. I am awash in genuine appreciation for (Netflix Chief Content Officer) Ted Sarandos, (CEO) Reed Hastings, and (Vice President) Cindy Holland… for believing in me and the future of my company, which will continue to champion women, minorities, and LGBTQ heroes and heroines, and I am honored and grateful to continue my partnership with my friends and peers at Fox on our existing shows.“

Indeed, myriad projects which address the issues of women, the LGBTQ community, and people of color have found a home at Netflix in recent years, making the addition of Murphy a wise choice. He reiterated his commitment to these communities at the Time 100 Summit, saying, „If you’re not writing about women or gender or race, you’re not writing. Those are the stories that people want to talk about… In all of my work, I’m very interested in the underdog — the person who’s not seen, the person who wants to burst forth.“

Murphy himself is certainly poised to burst forth; his work in television already speaks for itself, and his upcoming stable of content is sure to be a subscriber draw for Netflix, which is expected to spend an eye-popping $15 billion dollars on originals this year alone, up from $12 billion dollars last year and a mere $8.9 billion dollars in 2017. With Disney+ — and its intimidating library of Fox, Marvel, Star Wars, and Pixar content — looming on the horizon, Netflix is wisely forking over some of those dollars to creators with a proven ability to produce shows that generate buzz and reel in viewers, and Murphy fits that description to a T.

We’re likely to get news regarding the creator’s five as-yet unknown projects sooner rather than later, and we’ll be here to report it when it breaks. In the meantime, American Horror Story’s legion of fans can breathe easy that his association with that venerable series will continue, and they can also look forward to its return: the latest season, a throwback to the golden era of slashers titled AHS: 1984, is expected to debut on FX this fall. 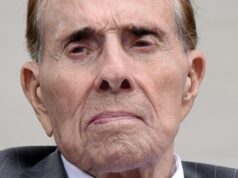 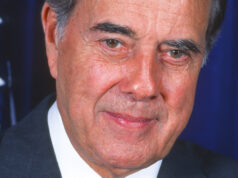 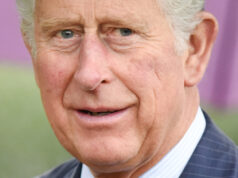